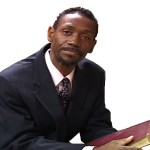 In the year 2011, the Lord spoke to me and asked me to begin having Secret Place Miracle Healing Services. He said that His spirit would move throughout and heal the sick wherever we hold these meetings, and it would be a time of worship and healing.

The bible declares in the book of Psalms (91:1) He that dwelleth in the secret place of the most High shall abide under the shadow of the Almighty.

The Secret place of the most High is Jesus. The word secret translates – Wounderful. Isaiah prophesies that Jesus’ name would be called Wonderful.

Isaiah 9:6 For unto us a child is born, unto us a son is given: and the government shall be upon his shoulder: and his name shall be called Wonderful, Counsellor, The mighty God, The everlasting Father, The Prince of Peace.

I woke early morning April 2, 2011, and was on my way to the bathroom, however I immediately fell into a trance… There was a man with white linen from top to bottom, he had a beard and a large wonderful smile, he was very tall almost to the ceiling. At first I fell down to worship him, but then a voice spoke to my inner most being and said don’t worship him, he is an angel. I got up and decided to try to touch him, but every time I tried he would move out of my reach. He finally disappeared into thin air.

Immediately a flowing ray of light shown as if it were from heaven very, very bright, taking over the entire room. In the rays of that light appeared a cross, it changed from many different colors of stone, beautiful ones. I don’t know how I knew it was stones but I just knew, then it just disappeared.

Since that time, angels have appeared in our services and crusades frequently doing and assisting us in ministry. Our Lord is awesome, He promised not to leave us.

I went up for prayer for my back, since I have had ruptured disks for quite some time.  He prayed for me and asked me to bend down and touch my toes, afterward  I did feel instant relief in my back and have had virtually no pain and discomfort since.  (C. D.)